The “art of marble” today

The fact that marble is – and has been for hundreds of years – the material of choice of sculptors is no secret. Its translucency and durability – and yet, soft and easy to work – have determined its success among the greatest, from Phidias, Myron and Praxiteles, to Donatello, Michelangelo and Bernini, just to name a few. However, it is with surprise that when I walk into the Ai Weiwei‘s exhibition at The Royal Academy of Art in London, I find myself surrounded by masterpieces made of marble.

In China, as in many other countries, marble is a symbol of wealth, opulence and power. Some years ago, Ai Weiwei developed and nurtured an interest in the Dashiwo Quarry in Fangshan, where white marble has been quarried for hundreds – if not thousands – of years. Just to put things into perspective, marble from Dashiwo was used in the construction of Beijing’s Forbidden City between 1406 and 1420. More recently the same quarry provided marble for the creation of the Chairman Mao’s mausoleum in Tiananmen Square following his death in 1976, again in Beijing (as matter of fact, just opposite the main gate of the Forbidden City).

Ai Weiwei has everyday objects sculptured manually in marble, pushing the limits of the material’s tolerance, as well as the skills of his stonemasons… or should I say marble artists.

It is the choice to use a material associated with China’s imperial past and the immortalisation of Mao Zedong that takes me by surprise. And the choice is made by the same dissident artist whose notoriety is based on open and fearless critique to his country’s political system. But that’s what makes these pieces so controversial and interesting. Ai Weiwei has turned these household objects into masterpieces on a domestic scale that commemorate moments in his life, reflecting on Chinese society at the same time. After all, it has been his ability to strike a balance between art objects for aesthetic and intellectual contemplation on the one hand, and a continuous critique of the Chinese political system on the other, that has made him a strong cultural and political force in recent years. 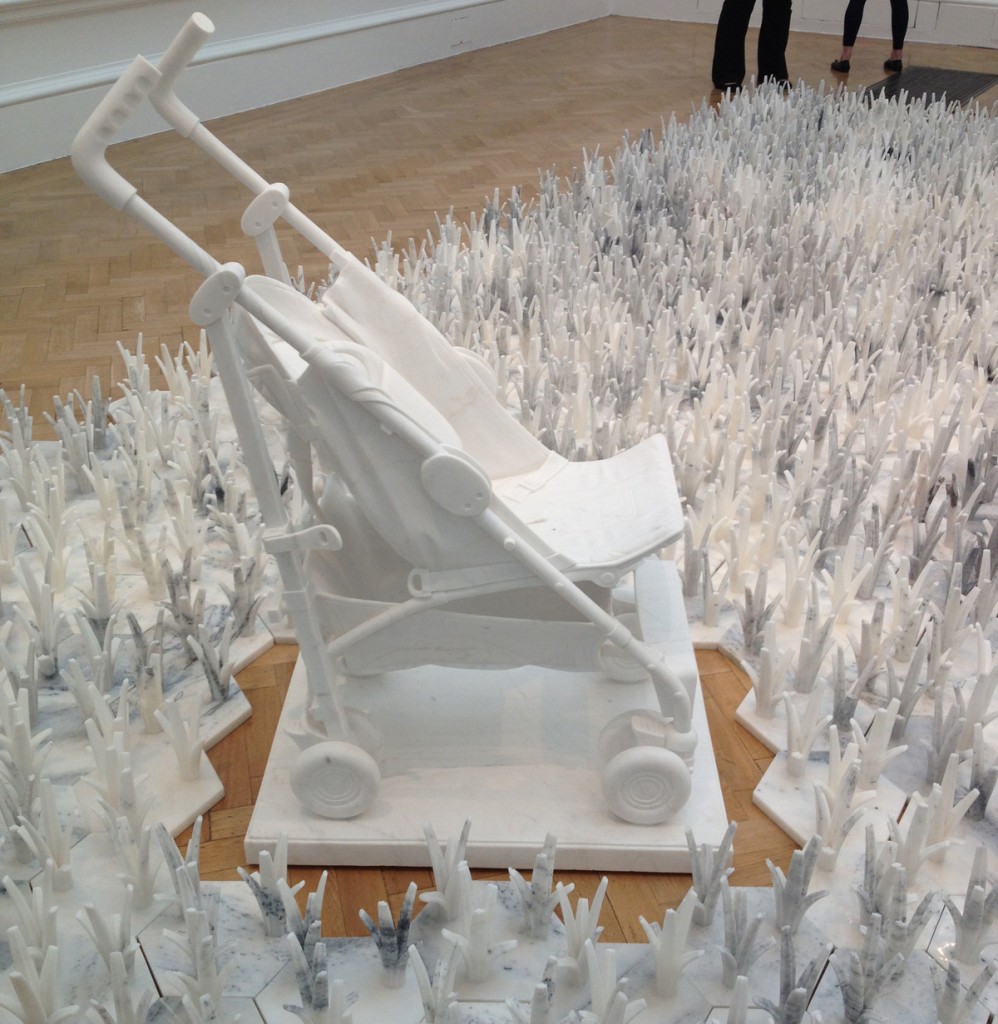 Just like with the more traditional figurative works where we are more accustomed to see the use of stone, it is the translucency of marble that gives these pieces a visual depth beyond its surface and evokes e realism that only perfection can reach.

The surveillance camera is a copy of the twenty pieces spread around his studio/house to monitor the dissident artist’s movement. 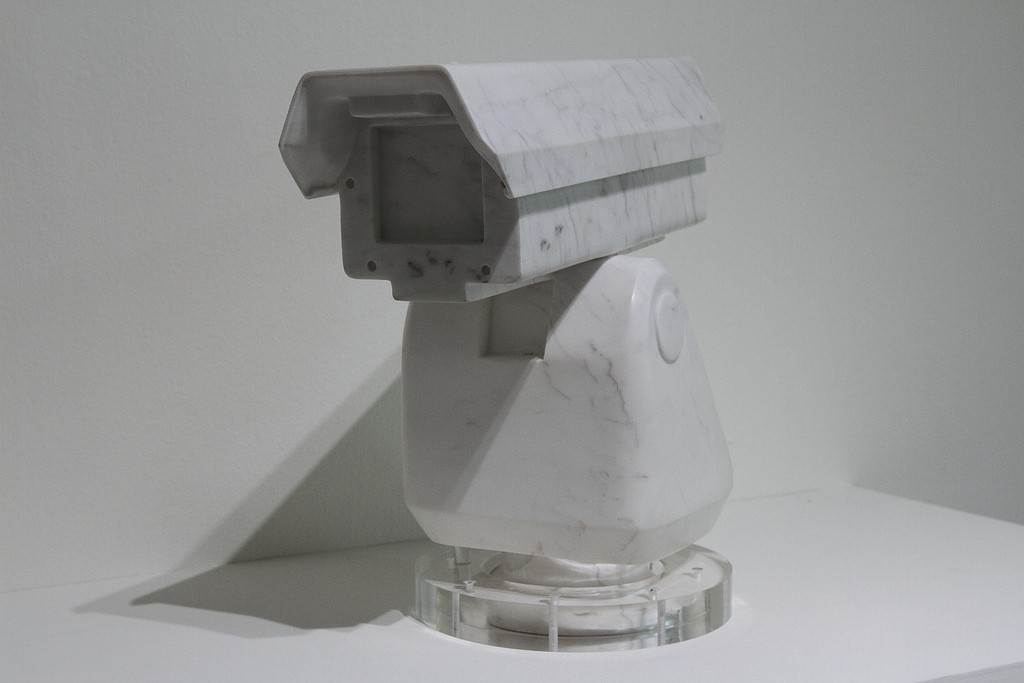 Finally, the gas mask is a explicit – no surprise here – reminder of the thousands of people who suffer serious respiratory illness or die every year from the polluted air in Beijing. Some of you might even remember when a few years ago, the artist spoke out about the grave situation of pollution in the Chinese capital – where he still lives – through a portrait of himself (today, we would call it “selfie”, I suppose) wearing a gas mask, which he posted on Twitter. 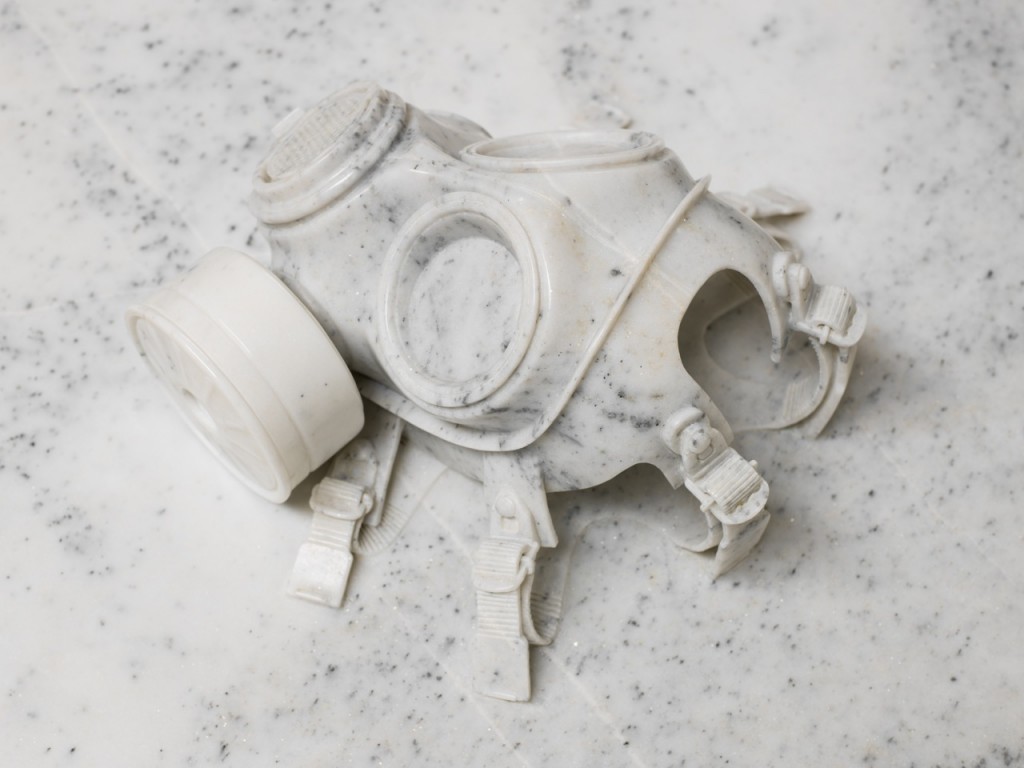 Now, I know what you are thinking. The answer is no; I am not going to elevate myself to art expert or critic by turning this into an art blog. I am just so passionate about what I do that I see marble everywhere. Don’t you?